Greetings, eager intriguer! Be not beleaguered! For in this volume, we offer players and GMs an array of intriguing options to add variety, depth, and dimension to any game of Honor + Intrigue. Do not think of this as a book of rules… they’re more like… guidelines on how to adapt your campaign in various ways.

This fourth volume details incorporating the new Spellcaster Career into your campaign, which acts as a heroic alternative to the Sorcerer originally written for villainous NPCs. This system can either be used in addition to or as a replacement for that one. Spellcasters can be anything from wizards, shamans, clerics, druids, or even telepaths and psionicists. This volume features a spell list of over 140 spells, including special effects gained when a spell is mastered. In addition, Enchanted Items are included to incorporate into the existing crafting rules and a list of sample magic items. We also introduce “Sword-Casters”, a new type of Dueling Styles that incorporate magic spells with fighting maneuvers to achieve unique effects.
Features of this Volume: 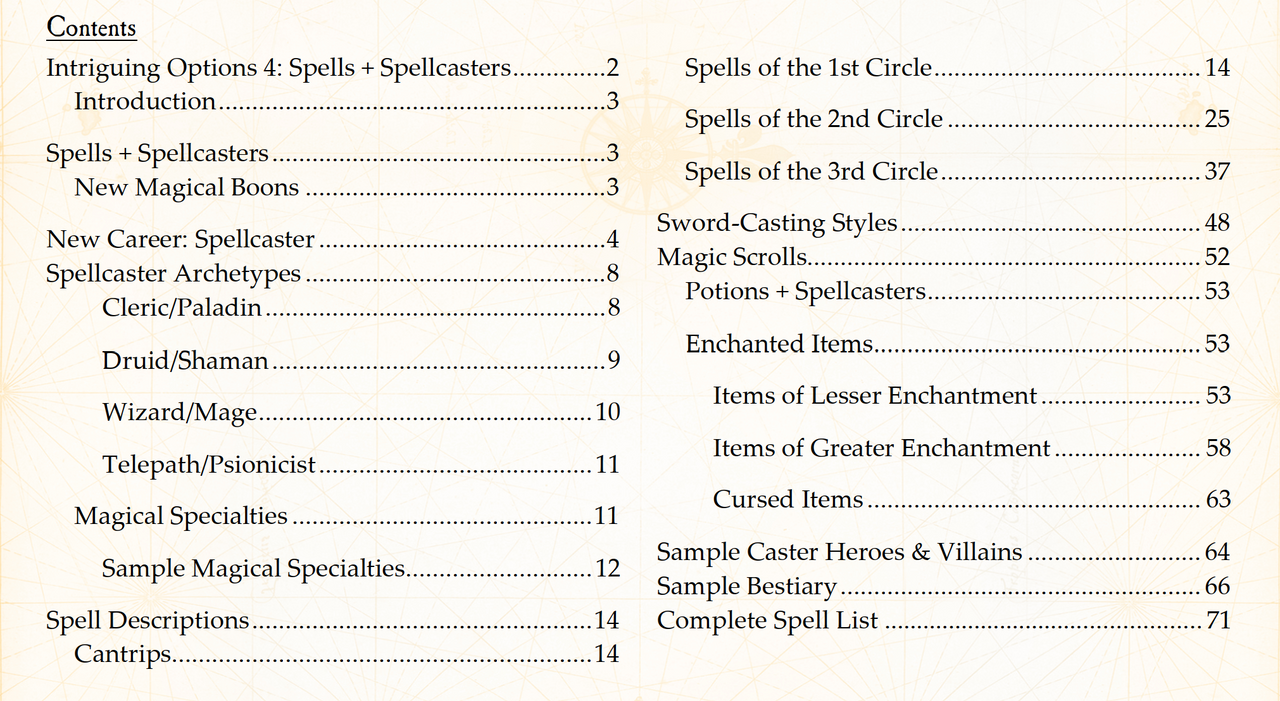 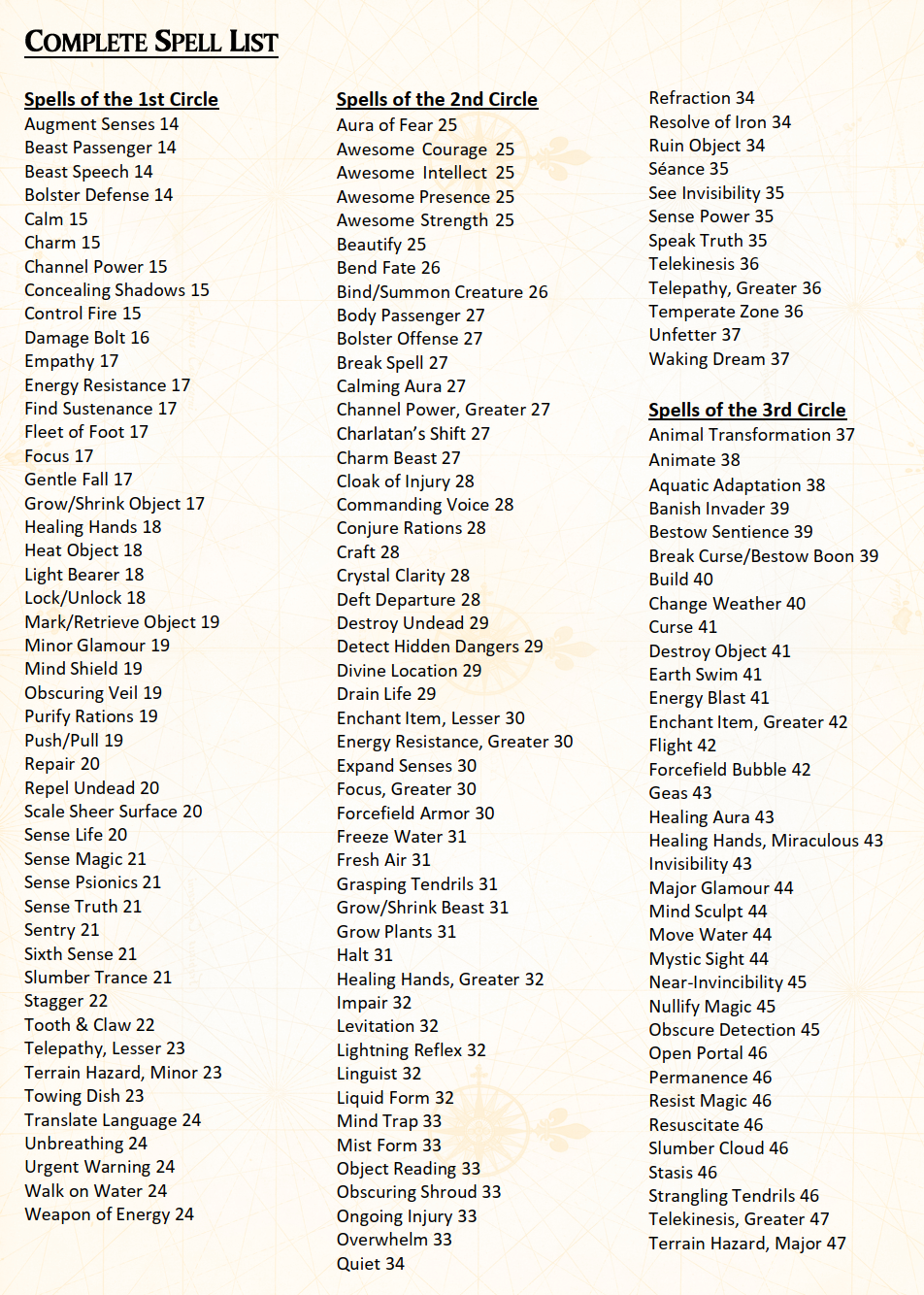 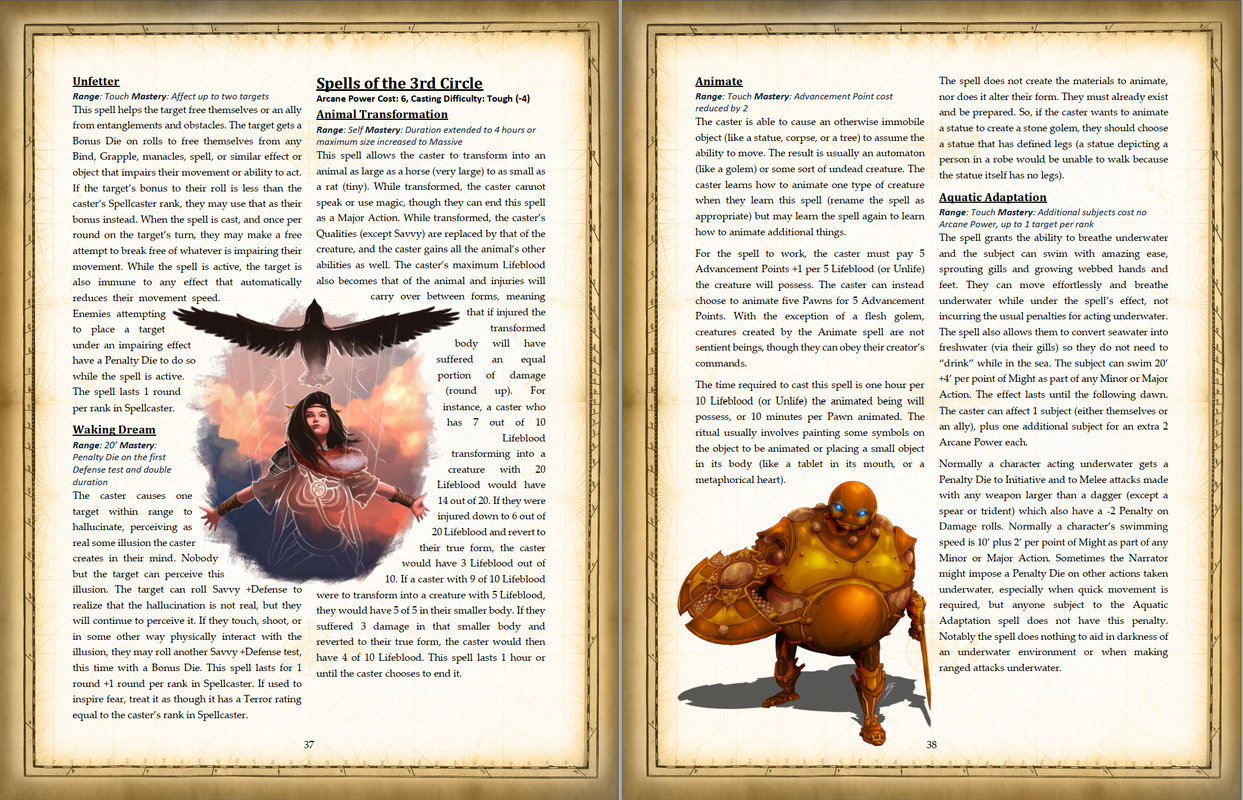 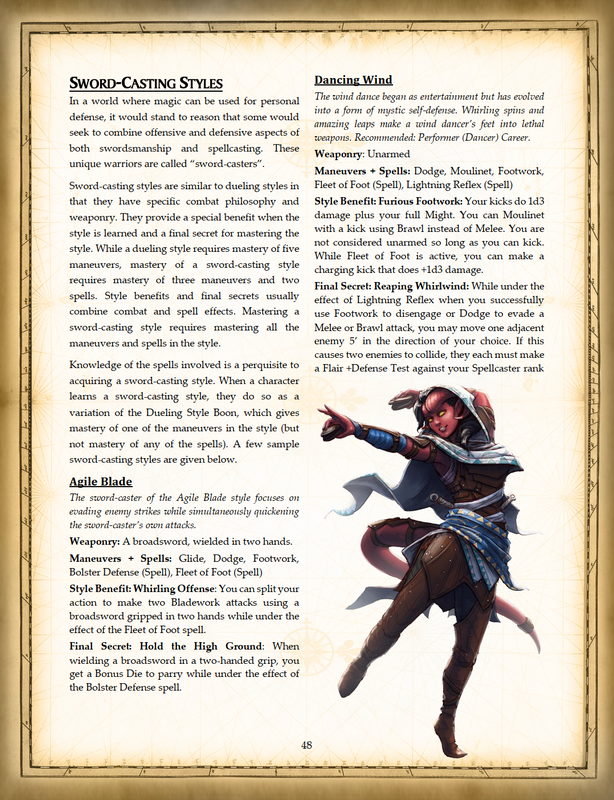