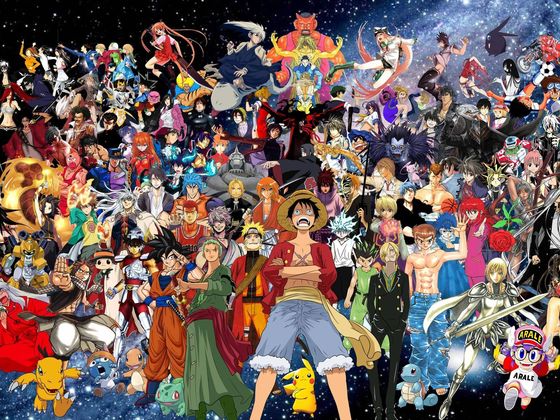 BASH has proven itself a great role-playing system not just for Super Heroes, but also Fantasy, Sci-Fi, and Swashbuckling games. But what about Anime? It is one of the most popular "genres" in the world today -even though its not really a genre, more on that in a moment- so I think its about time someone came up with rules for running Anime campaigns using BASH. I volunteer!

First, a few clarifications. To begin with, Anime, contrary to what many believe, does not mean "Japanese Animation"- it is their word for all animation, even American! That said, theirs does indeed feature certain peculiarities that cause most people outside Japan to assume that, and it is those peculiarities that we will be covering here.

Another thing people never fail to notice is that the characters in Anime rarely if ever look Asian. In fact, they have large cartoony eyes and bizarre hairstyles! The reason for this is that most Anime are based on Manga (comic books); and in turn, most Mangaka (Manga artists) are influenced by the works of Osamu Tezuka, the greatest of them all. Osamu himself was influenced by Disney. Yes, its highly possible that the famous Anime Eyes are derived from those of old Disney Characters!

Finally, as you might expect, most Anime are set in Japan. But hey, most people write about what they know. Despite this, with the exception of Anime set in ancient Japan, the country is shown the way it really is- a modern nation that has adopted most Western customs, so it is not that hard to relate to.

As for genres, Anime is not a single one- it covers ALL of them. From children's cartoons to hardcore adults-only ones, you can find them- Japan is probably the largest, and best, producer of animation in the world. Of course, they tend to specialize in certain tropes, to the point that some people think they invented them- for example, Giant Robots!

On my next post, we'll take a look at several Anime Genres, and how to play them in BASH.
Top

I believe that Battle of the Planets (err, Gotchaman) was my first introduction to Anime. While Akira and Ghost In the Shell remain my personal favourites, there have been many that have deep stories rivaling anything that Disney has ever done (Spirited Away, and Kiki's Delivery Service, as a couple of examples). I look forward to seeing your ideas for BASH! ANIME.
Top 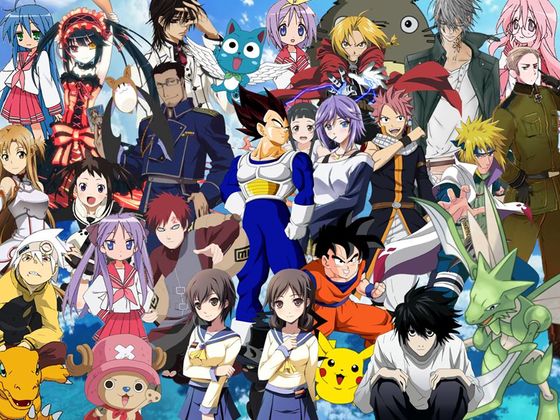 It must be stressed again that Anime is based on Manga, since the latter are specifically divided by age and gender groups, and this influences the genres they cover. There’s Kodoma (children’s comics)- these tend to be about things that interest that audience, like pets or toys; Shonen (boy’s comics) aimed at male teenagers; these focus on action, pretty girls, science fiction and fantasy; Shojo manga is aimed at girls and is usually about romance; Seinen manga is for adult men, and thus covers topics like workplace dramas, crime or erotica, while Josei manga is aimed at women and is about serious relationships (as opposed to the more idealistic ones in Shojo comics).

Let’s now take a closer look at some of the unique Anime genres and how they might be played in a BASH format. Note these can be the basis of their own series but frequently are combined, too:

Wow, I never realized that there were so many different categories/sub-genres to anime. Great breakdown and explanations for each, Sijo.
Top

Okay, time to revisit this thread by building some templates for players to base their Anime characters. First up: The Collectible Card Player!

A Collectable Card Game (CCG for short) is a kind of card game where each card has a number or an "effect" written on it; either the cards are matched with the higher one "knocking out" the other, or the card causes an effect that modifies the game. In BASH terms, this is played with MIND vs MIND rolls. (See also the New Skill: Pop Culture, below) In Anime, some CCG players have the ability to make those effects become real -most notably, summoning monsters- usually with magic, but sometimes using technology such as holograms. Treat this as Powers with the Gadget Limitation (Easily Taken). Each Power is a separate card. Most Card Players are also Tournament Competitors.
Requirements:
Skills
Pop Culture/CCG
Equipment
deck of cards
Typical Traits:
Powers
"Monster Card" Summoning <Gadget>
"Trap Card" Immobilization <Gadget>
"Zone Card" any Power with an Area of effect <Gadget>
Power Enhancements
Multi-Power
Power Limitations
Charges
Single-Use
Disadvantages
Uncontrollable Powers

NEW MENTAL SKILL: Pop Culture. This is similar to Humanities, but while that skill is about professional cultural study, Pop Culture is about trivia and enterteinment. Specialties include (but are not limited to) Manga, Anime, Video Games and CCG.
Last edited by Sijo on Sun Mar 10, 2019 10:57 pm, edited 2 times in total.
Top

The Giant Robot pilot is, without a doubt, THE best known Anime Template. This character has somehow come to possess a combat vehicle of humanoid shape (animal forms are possible too) and uses it to fight either other Giant Robots used by criminals or invaders, or sometimes Kaiju.
Another hallmark of Anime, is a Giant Robot composed of other, smaller vehicles! For rules on how to build this in BASH, see below.

Requirements:
Advantages
Super-Vehicle (Giant Robot)
*Vehicle Advantages: Ejector Seat. Some Giant Robots are operated by Remote Control.
*Vehicle Disadvantages: Most Robots are Cramped. Few are Sea-Bound, Space-Bound or Street-Only, unless they are specialized.
Note: You can find several more Vehicle Advantages and Disadvantages in Tremendous Traits.
**Combining Robots: This requires a team of characters, one of which is the main pilot. This character is the one with the Super Vehicle Advantage, which must have the Crew Disadvantage. Then he takes the Alternate Vehicle option, once for each team member. When not in use, these vehicles "dock" together to form the robot.

Alternately, you can build the robot as a character, with the Power: Size (Large) and the Normal Disadvantage (treating it as a giant power armor)
***Note: there are more extensive Mecha Rules in BASH SCI-FI.
Disadvantage
Rogue’s Gallery (Giant Robots or Monsters)
Typical Traits:
Brawn 3 or higher (for the robot)
Powers
Special Attack (various kinds, but in particular:)
*Rocket Punch (Brawn Based, Ranged)
Armor
Flight
Advantages
Contacts (with the people who made the robot)
Disadvantages
Duty (to the organization that provides your robot)
Skills
Drive
Pilot
Top

Magical Girls are another very popular anime character type. As the name indicates, this is usually a female character, frequently a teenager but there have * or even adult ones. [There are also male versions and even some that change gender!] This person has been granted magical powers for a special mission- usually defeating an evil magical organization. There is rarely an explation of why she was chosen, but sometimes its because of latent "positive magic". The powers are usually granted by a magic item or a talking animal, and usually only available after she transforms into a costumed form (in a flashy but instantaneous sequence.) Her powers always include special attacks and, in cases where her foes use transformed people as minions, the ability to restore them to normal.
*Magical Boys are usually combined with Super Martial Artists.
**Note: Teams of Magical Girls often use Combined Attacks (see below)

Requirements:
Powers
Special Attack
Advantages
Instant Change
Disadvantages
Normal
Typical Traits:
Agility 2 or higher
Powers
"Combined Attack" This is a Special Attack bought by the team's leader, at a level higher than anyone else's and with the Situational Limitation "only usable when attacking together" eg. everyone must hold their turn and act on their lowest Priority. It almost always has the Charges or Single Use Limitations.
Super Jump
Restore
Advantages
Mentor or Pet
Disadvantages
Age (young)
Rogue's Gallery: Magical Villains
Top

Monster Trainers are best known from the Pokemon Franchise, but there have been various other takes on them over the years (Digimon is probably the best known). A Monster Trainer is a person who has somehow tamed or gained control over one or more "monsters"- animals with superhuman powers. These are almost always used in combat- either in Tournament Competitions or to fight off some menace (in either case, other monsters are always involved). While it is possible to play a Monster Trainer who raises a single monster, the vast majority trains a "monster team." One curiosity about Trainers, is that they tend to be young, in some cases, even children.
*Note: it is recommended that the optional Experience Point rule be used so that Trainers can improve their Monsters over time.
MONSTER TRAINER 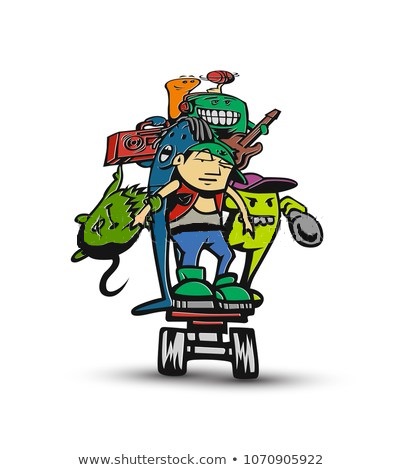 Requisites:
Powers
Summoning, with <Gadget> (monster containment devices)
*a beginning trainer would have the basic form of Summoning; a more experienced one would have the "three creature types" version, and a Master, the "all types" one.
-Alternatively, the Monsters could be built using the Pet Advantage. Just buy it once for every monster the trainer owns.
Disadvantages
Normal
Rogue's Gallery (other Monsters)
Typical Traits:
Advantages
Sidekick/Pet
Disadvantages
Age (young)
Skills
Outdoors/Flora & Fauna